I trust that in the next months our reflections can reach not only the main Parks located in the different continents, countries and regions, but other smaller ones, to all the Halls, big and little and the Centers which so many dear people visit.

I take this opportunity to reach out to all the places where this human gathering makes of the Message a profound reference. But, we should clarify, to these places go not only people that adhere to this spiritual, ethereal and disorganized Message, but also those organized members of the Humanist Movement who work vigorously to Humanize the Earth. I especially address the latter on this occasion. Of course, I should not and I cannot give an opinion on the functioning or on the diverse activities the Humanist Movement produces, but neither can I stop encouraging this colossal undertaking, which is so strongly required in the present circumstances. The world, more than in other times, is in need of Humanism, and we are in need of Humanism because clearly we feel the urge for the progressive humanization of the world.

I want to emphasize the need for humanist action in different cultural environments and in diverse population strata because, it happens, contrary and unfortunately, that the events are indicating an overflow of violence in all fields, and a deterioration of all references for the individuals and the people. It is not useless to point out that Universal Humanism has today the possibility of creating a non-violent conscience and action, and to become a reference for broad sectors of the world’s population.

It is clear that Humanism, to be effective, must have an organized Movement, participatory and flexible, giving special importance to the diffusion of its ideas and activities. So then, the Humanist Movement should clarify itself regarding its fundamental characteristics and, at the same time, clarify this for the organizations to which it gives "origin" and inspiration. Social, cultural, political organizations, and action fronts that consider themselves humanists, should coincide in their basic proposals at the same time that they follow a general strategy of the diverse and of the convergent.

Naturally, to clarify itself regarding its fundamental characteristics and to clarify this for the organizations to which it gives origin and inspiration, the Movement should study and diffuse its foundational documents and the new documents that respond to the most recent needs.

This subject is of the utmost importance because it is not only about a decisive and almost reflex type of action in the social environment, but rather a reflective action that requires a total comprehension of that which is being done.It is important to comprehend the meaning of the action and not to accept a confused medley of empty slogans that fill the media. It is equally necessary to reach the people with brief and consistent expositions formulated in most cases only through the televised media. But, without a doubt, the best diffusion will be based, not only on core proposals but also on exemplary actions capable of giving participation to ample segments of the population. 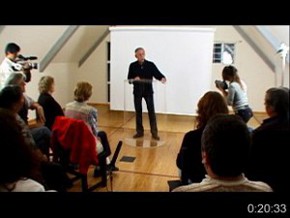 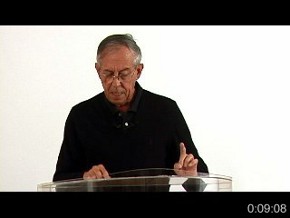 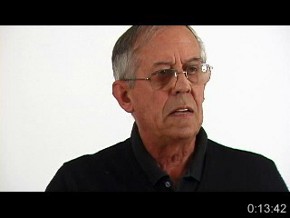 On the other hand, we must recognize that the Humanist Movement has been born and has developed during an epoch of world crisis and because of that it does not feel horrified by change and by the continuous adaptation to the new times. Accordingly, to perfect its organizational flexibility is a connatural direction to its development. In any case, we must admit that the situation of continued and progressive crisis that the citizens live with today goes on undermining the possibilities to foresee events and, in such a state of things the people feel the frustration of the future and increasingly distrust any proposal that goes beyond that which is immediate. All of this is accompanied by the dissolution of structures that, until recently, were references for people. The acceleration of historical tempo that, not long ago, ended up finishing, the feudal and colonial remnants, has continued to advance towards the frail structures of the nation states. At the same time, regionalizations continue to advance, not without obstacles, against the old agonizing nationalism. This dynamic includes many reactions which we can also observe in the growing chauvinism in the core of the countries and national regions, and also, more amplified, in the center of the international regions which tend to excessive affirmation of the supranational culture. Such a reaction of the supranational cultures is modeling new glorifications of its own culture and the demonizing of other cultures. So then, if we consider the cultures affected by the aggression of external factors we go on encountering certain institutions, and social customs that give cohesion to the affected peoples, with vindication and acts of revenge each time more violent. Therefore, the growing attacks of imperialism, which affirms its own "interests" and with that it justifies the violence of one culture over others, correspond to an augmentation of the general violence of the cultures that arise against those aggressors that not only make a mistake regarding the planning of their profits and losses but also ignore the procedures to retreat when it is already too late.

Universal Humanism must act in the different cultures respecting the differences among them, respecting the cultural norms, customs and religions of each one, at the same time rejecting all discrimination and affirming the freedom of the human being over its cultural characteristics. Universal Humanism must emphasize its conception over the distinct cultural theses, as stated at its origin. Its missionary vocation in the different countries and cultures has been a demonstration by example even before the times when the malady of the current century began to unraveled.

To conclude, friends that are in the different Parks, I want to remember the first words of the Humanist Document that were formed on April 5th 1993 and surely they are relevant here.

"Humanists are women and men of this century, of this time. They recognize the achievements of humanism throughout history, and find inspiration in the contributions of many cultures, not only those that today occupy center stage. They are also men and women who recognize that this century and this millennium are drawing to a close, and their project is a new world.

Humanists feel that their history is very long and that their future will be even longer. As optimists who believe in freedom and social progress, they fix their gaze on the future, while striving to overcome the general crisis of today.

Humanists are internationalists, aspiring to a universal human nation. While understanding the world they live in as a single whole, humanists act in their immediate surroundings. Humanists seek not a uniform world but a world of multiplicity: diverse in ethnicity, languages and customs; diverse in local and regional autonomy; diverse in ideas and aspirations; diverse in beliefs, whether atheist or religious; diverse in occupations and in creativity.

But a wall has arisen between humanist aspirations and the realities of today’s world. The time has come to tear down that wall. To do this, all humanists of the world must unite. ".